Things I have come to appreciate about the U.S.A.

1. Strangely enough the first thing I have come to appreciate is the government. Let me explain. I know very little about American politics and I grew up thinking many politicians were corrupt and out for themselves. This all may be true, I don't know. But I do know that they at least deal with issues in the country, they do accomplish things, and they are not nearly as corrupt as people in some other governments. Our politicians don't pocket the government's money, take bribes as a matter of course, or spend all their time vacationing somewhere far away. They also don't have armies; imagine the Democrats and the Republicans each with their own fully trained military! All in all, considering all the things that they have to deal with, our country is doing pretty well. In addition, despite the fact that most people in foreign countries supposedly dislike America, it is still where they all want to live. Anyway, my point is, my country's government isn't so bad.

2. America is trash concious. We don't throw our pop cans on the ground, their are fines for littering, and we put trash cans in public areas. If Americans go on a picnic, generally they pick up their trash before they leave. People in the Middle East don't. There is trash everywhere. In fact, we joke about how the world's supply of plastic bags must grow on the trees there and be "harvested" and shipped around the world.

It is interesting to me to see how Satan behaves differently in different places. In th

e Middle East there are many kinds of temptation and it all depends on the person. For me, I fought against loneliness, comparing myself to others, and self-pity. Here in the U.S. those things are still temptations, but things are added that I never really dealt with too much overseas. For example, today I got my financial reports and began worrying about money. There aren't any new problems or anything, it is all pretty much the same stuff and the same needs. But I began to be anxious. After about 10 minutes it hit me what I was doing and thinking and how I just let myself fall into it after being free from those sorts of things for a good long while. I refuse to be a slave to my worry. It is not hard for me to trust God in some areas, but sometimes I get blindsided by old struggles I thought I had passed beyond. But there is a beautiful solution. I love how the Bible says, "if we confess our sins, he is faithful and just to forgive us our sins and to cleanse us from all unrighteousness." I am so blessed to serve such an amazing God.
Posted by thebeloved at 7:29 PM 4 comments:

This question was posed by e-mom specifically, and I get asked it a lot generally.

Do I ever feel unsafe?
Only when I am driving. Actually, no. I have never really felt like someone was going to kill me or even that I was in a dangerous place. People stare and make me uncomfortable. There are men with AKs and M1s (translation: guns-for my less bloodthirsty readers) all over the place. The windows are barred, sometimes elegantly. We have thick concrete wall around our house. There are checkpoints all over the place. Occasionally car bombs go off in nearby cities. But I walk to buy bread or groceries. I do drive. I go to the bazaar (not by myself, but without a body guard). Life has a normal flow to it. I feel safe. I know that I am not in my own hands, or in Al Qaeda's (which has decided to make Christians a target). But I am in God's hands. 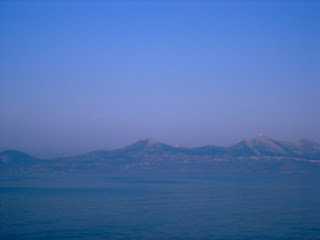 "Now if you told me I could die without God meaning it, then I would be worried."

Things I have noticed...


I am sure there is more to come later...

I saw the Parthenon. 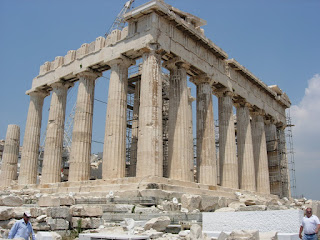 I stood on the Areopagus. I swam in the Mediterranean Sea. 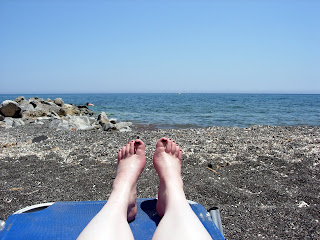 This is the "Las Vegas" of the Middle East (except for the weather). I slept in a hotel here for about 3 hours. When I got in at 1:30 in the middle of the night it was 102 F and incredibly humid. In the morning when I tried to take a picture, my camera lense fogged up. Thus, these pictures came from the back of the taxi. It was a pretty place... but I wouldn't recommend it in the summer. Then I flew on the Emirates airline. It was fantastic... definately would recommend them... nice seats (even in economy), footrests, good food, movies, etc... It was definately the best of the 5 different airlines I flew on last week. 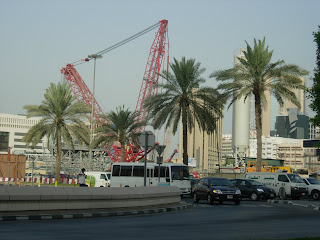 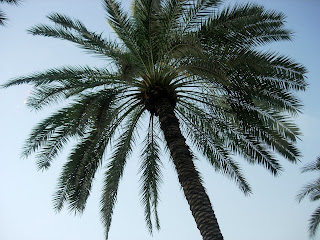 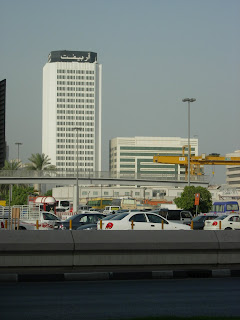 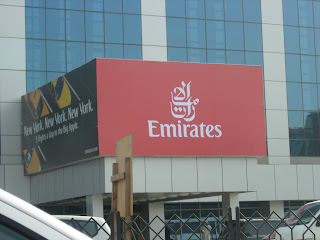 Posted by thebeloved at 10:07 AM No comments: 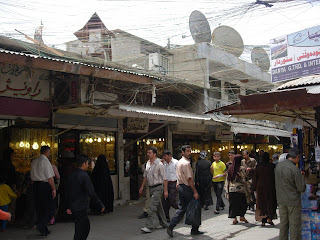 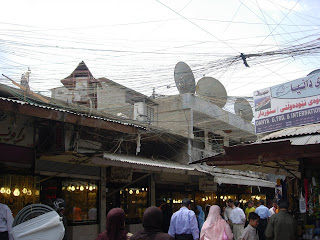 In less than a week I will be in Greece. Wow... never thought I would make it to Greece. But when you live halfway around the world, you have to stop SOMEWHERE. So, stopping in Greece for a few days de-toxing for re-entry into the States sounded good and actually one of the cheaper options (Olimpic Airlines has some good deals through Dubai!). Being a Classics Minor in college, visiting the Acropolis is an amazingly exciting experience beyond any of my expectations. Then on to some de-briefing in the States and finally back home in the Northwest. It will be a long haul but then I get to spend almost 10 weeks with my family!!! I will have reliable internet, so I might post more... but I will have less to say since my main occupations this summer will be driving my post-op sister around (and having to learn to drive stick shift... yes, I know...), learning Kurdish vocabulary, and exercising (because I have become rather rotund during my time indoors in the Middle East). Those don't provide much entertainment, however. I may have become enough used to this "foreign" culture that American culture could be entertaining... you never know. If any of you nebulous readers have any specific questions (especially anything about Islam, the Middle East, or Christianity) that you would like me to post about... ask... I might be able to answer them...I might not.
Posted by thebeloved at 3:40 PM 3 comments:

This is the first fruit from our kumquat tree. It was really really good! 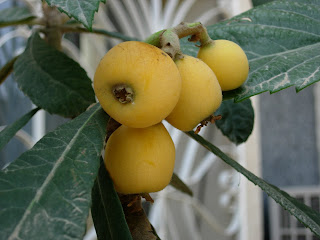 You know the funny thing about the word "kumquat" is that although I knew it was a fruit and if you had asked me what it was I might have thought I knew... but when I saw these for the first time, I had no clue what they were. Although I have grown up having learned the word "kumquat" and even knew how it was spelled, I had never known what it really was. Now I know... they are a small citrusy flavored fruit with very large seeds in the middle.

Yesterday's pungent adventure gave me a paranoid sleep where I was up at 1:00 am sniffing about our house. As of this morning, the house smelled fresh and airy. There is not a hint of the stomach turning smell from yesterday. I came home this afternoon. Entering the house, we checked the air in the rooms... still no smell. We never found the source of the odor. But, for the time being, it seems to be gone. Praise God for this blessing... Pray that it never returns.
Posted by thebeloved at 4:12 AM No comments:

It is Tuesday morning. I am sitting in my car in our carport typing because everything that needs done, needs done in the house, and I very well might throw up if I have to go back in there. We awoke this morning to a smell my house-mate declared “pungent”. In addition, this happened on the very day where we were going to clean and prepare our house for our departure. The smell we thought was coming from Autumn’s room. But then we traced it to behind the ceiling tiles in the living room. We still can’t find it. It smells soooo bad. We pulled half the stuff out of the room into the hallway. We opened and sniffed cupboards till we were blue in the face. It stinks. That is all I can say.

Eventually, we gave up. The house is aired out and mostly only the living room smells. We still have no idea what to do about it. We had half our team over for a good part of the day scoping out the stink. Pray for this situation. I don’t want to wake up to that smell in the morning.

This is a picture of our living room: Today we cleaned it out, took up the rug, swept and washed the floor, as well as rearranging some for the family that is coming back soon to live here. Then they will be stuck with the smell problem. I am soo sorry. 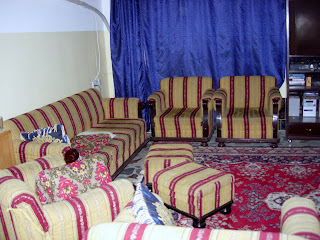 In the Middle of the Afternoon

Try to put this image in your head...

Go figure.
Posted by thebeloved at 12:51 PM No comments:

You know, there are some things about being a foreigner that I think have given me a little clue about what some celbrities in the United States go through. As a little background, I will let you know that I am a blonde in a city full of dark brown/black haired people. I stick out like a sore thumb. And the people here are naturally starers... as in they stare at everyone, but at me more.

The number of double takes or triple takes me and my American housemate get when we walk down the street can be downright hysterical. Today I was approached by a guy who was handing out a local English newspaper. One lady we met in an office one day actually stopped to call her husband at work to say that she was in a room with two foreigners. Then she and other ladies proceeded to evaluate every aspect of our persons. Everyone smiles and gives us preferential treatment. I think we park to go to the grocery store in a parking lot reserved for people who are going somewhere else, but the guards just look at us, get flustered and wave us in. I have gotten my picture taken with strangers in the bazaar. So have some of my other American colleagues. Every shop owner practically neglects his other customers to help us find whatever we need. All this is entertaining most of the time, at least when I am right with God. The staring does get on my nerves especially. I am just waiting for the day when I actually cause a car crash.

This isn't to say that I am drop-dead gorgeous. I am fairly normal looking in America. Here it sometimes feels like I should be in a freak show. But this is the life. And I have to admit I like being able to park in a nice place.
Posted by thebeloved at 12:18 PM 2 comments: