Further adventures of the cockroach...

While visiting some friends Katie and I found another cockroach. She killed it with my shoe. Chacos could come up with a new advertising campaign... "Our shoes can kill cockroaches excellently!" Well, I'm sure that the people they pay to come up with slogans could do better than that, but the concept is there.

Back at the house other roommates put the cockroach spray to good use spraying one that showed up on Molly's bed. That's scary. In bathrooms is bad... but beds? This is too far. Maybe they get a point for that one? 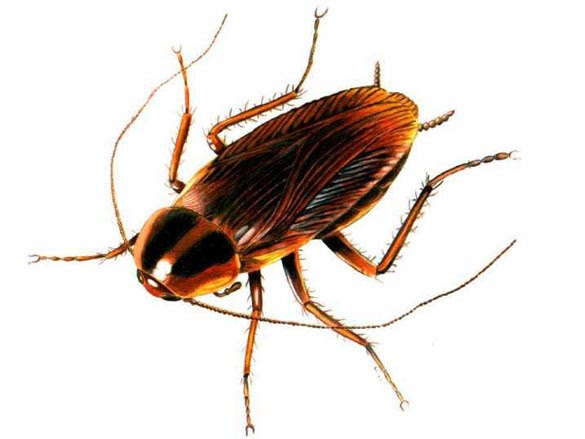 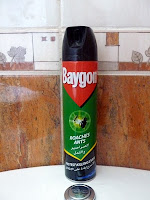 Coming up with a good scoring system for the cockroach war is a bit difficult. As of right now, we have killed 2. That makes a pretty good score. But as we hardly expect any of them to kill us... Their score is made up of the number of them we have seen since last kill. I realize this probably isn't fair. Their score should be higher as there are probably more that we haven't seen lurking about under our cupboard and in the drain in our bathroom. But since that thought is a little unnerving we'll imagine that only 2 still survive in the toilet room.

Yesterday we decided we needed to increase our technological level as shoes were a bit hit and miss... maybe too much "miss". So Katie bought a large spray can of Roach Killer and it now lives on the back of our toilet, a monument to the genocide we plan to inflict. Living in the shadow of Saddam Hussein's era and the chemical warfare he choreographed has not prevented us from agreeing that there is a time and a place for such things. This should be much easier to employ than a shoe when sometime after midnight, one of us walks bleary eyed into the bathroom and switches on the light to find one of the unwanted guests scuttling across the floor. Look on this, ye roaches, and despair!

Previously our only method of attack was for about four of us girls to each grab a shoe and stand around the bathroom door on our tip-toes. Katie managed to stand on the toilet and cover the drain to cut off its way of escape. Then, we attacked. It ran, there was screaming, but by the end the cockroach was a small pile of brown slime. As I said however, that is not the preferred method.

I look forward to seeing the new chemicals in action. But the war has gone cold since the arrival of the new weapon. Have they gone into permanent hiding? Did they smell the scent of death? We are waiting to find out!
Posted by thebeloved at 5:22 AM 4 comments:

One of my students wrote a note thanking me for teaching him this year. He gave me one of the best compliments I've ever received. He said, "You taught me how to control my temper." Wow...
Posted by thebeloved at 4:00 PM 1 comment: