Berries on A St.

I never cease to be amazed at how God provides beautiful things for us everywhere if we are willing to open our eyes and see. 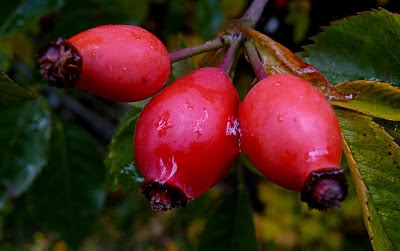 Frolicking in the Colors

Posted by thebeloved at 1:05 AM No comments:

I don't feel inspired to write. But I was reading a blog today by a professional writer that said that she wrote everyday even when she didn't feel inspired. Lots of people go do their jobs when they don't feel like it. They have to... so also, she had to. I don't HAVE to, but that doesn't mean that I shouldn't put in the effort to even try.

I'm working on learning how to do some things with my writing. I want to play with words, be poetic, make pictures and laugh. I want my words to somersault and back flip across people's minds.

He comes in every week to chat with me. He tells stories and laughs and laughs. He loves to play with word images and some of the ones that come out in our conversations are fascinating. He knows about Christians, occasionally quotes Bible verses, but doesn't really understand the heart of the gospel. But I think he's beginning to get curious.

The last couple of weeks we've been talking about light and sunsets and color. It all began with a discussion about my upcoming newsletter that I was writing.

Then today he told me that a group of Christians had a party in or near his front yard (not sure where exactly). And they glowed with light like we had been talking about. He enjoyed that light and basked in it in his living room rocking chair like someone who goes to California for vacation sun. But he can't live there, he said. He's too dark.

He does things like go to the Burning Man festival. They burn some huge statue or something. He admitted that that was a man-made fake, a counterfeit attempting to be real light. We discussed how its size is trying to make up for the lack of true light, that it is missing reality.

It made me think of the Israelites in the desert making a golden calf because although they had experienced God they wanted something earthly.

But he says he's too dark. God is showing him light.
Posted by thebeloved at 1:45 PM 1 comment: 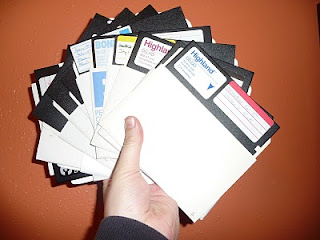 Work and Having Lost My Camera

Those are my excuses for it having been three weeks since I last posted. The first is a lame excuse since I don't actually work as much as I should. It was the second that really devastated me. Unfortunately for Mr. Procrastination who was getting fat and happy, I found my camera yesterday. Now I only have to go get photos of all the things I thought of taking pictures of for the blog... yeah.
Posted by thebeloved at 11:20 AM No comments: