Learning In the South

1. What on earth does it mean when someone says they want to "hug your neck"? I know it's meant well but every time I hear the phrase I can't help but imagine them coming over and trying to strangle me in the crook of their elbow.

2. I was introduced as an official member of the church this morning. Afterwards I had several ladies (whom I had met before) welcome me to the "family" and say they were so happy to have a new "sister". This I found ridiculous. It frustrated me to the point of silence. Don't be mean to the well-meaning dears... Bless her heart. But really, people, I was a sister and part of the family before today, honestly. You'd have thought I was pagan before today when I did nothing more than stand in front of the church smiling. If only they cared that much about those who are actually pagans.

3.  Fireflies, or lightning bugs, as they are termed here, are just about the most enchanting things. I sit staring out the window and the outdoors sparkle in the night. How cool is that? When I drive home at dusk it's a fairyland of glitter floating and blinking in the air. Only the children have the sense to run about wild chasing the magic bits of light.

4. I laid on the grass in the rain last week. It was hot out. The rain was warm. This feels like a complete and total impossibility and yet it is true if my senses are not completely unreliable. Warm rain? Warm air while it's raining? God was brilliant to have invented this. I imagine children would want to run about in the rain, but I have never seen any so I think their parents must worry about them getting struck by lightning. I am not fazed by this possibility, but I still don't carry a metal umbrella.

5. I downloaded twenty-five podcast lessons in Spanish. Who knew that the South would inspire that in me, eh? But after being filled with joy at corralling a handful of four-year-old's who didn't speak English, I was in love. And in love with the possibilities. There's nothing like last minute fly-by-the-seat-of-your-pants chaos filled laughter and snuggles and smiles to make life good and Spanish worth learning. 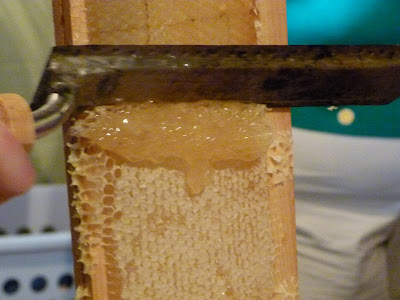 Posted by thebeloved at 6:48 PM No comments:

The reason our culture accepts abortion so easily is that adults have ceased to live.

People are told that sex is life and when that doesn't satisfy there is nothing else to be done. Rather than having a kid who has a hard or even average life we say that abortion is better because it would be better for them never to be born. I think many people wish they had never been born. If we truly lived and were fully alive then we wouldn't look at even a hard life as something of no value.

Even Christians who fight abortion seem to have no answer to the suffering ache and grief of life. We stand useless, the screen door on the submarine, wondering at our own lives and failing to live. I know because I do the same more often than I would like. I forget to find the joy in the pain, the hope of God in the nauseating sorrow, and instead work to drown in all out with another book, TV show, or row of stitches. I am willing to seek numbness rather than face the sharp pain of joy. I am willing to trap myself in a small cocoon world and stay there instead of living life the way God has meant it to be, full of fire and glory.

To see the God of the Universe is like Isaiah said it was: There was incredible pain and shame and humility at seeing his own sin in the presence of God's holiness. There was joy at being spoken to by God. There was pain at the fire of the hot coal being pressed to his lips. Then joy at being cleansed and ordered by God. And then sorrow at the sins of the people. And finally joy at the coming of the Messiah.

One does not come without the other, they are inseparable. And when we choose to see only the pain, life itself feels unendurable. When we only listen to the sad part of the story and forget the parts of the story to come, we live without life. And in doing so, we abort our own lives, the gifts God has so graciously given us. 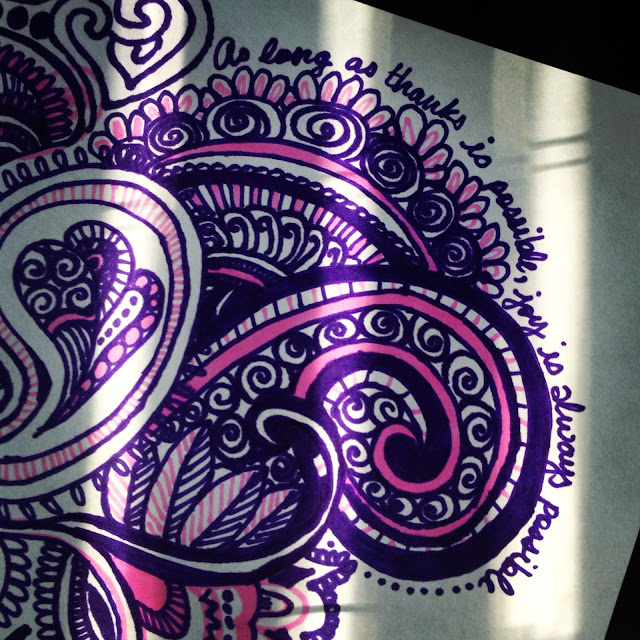 Posted by thebeloved at 5:42 PM No comments:

How Dr. Who Helped Me Fall in Love with Jesus (More and Again)

I know, I know, it sounds crazy. Maybe I'm crazy. If so, I'm ok with that. I tell people that I don't suffer from insanity; I enjoy every minute of it.

Life gets hard sometimes. Sometimes, no matter how much God has given you, you go through a period of wondering where he went and whether or not you can make it for however many days God has you left on this earth. Sometimes nothing makes sense and God feels distant. I'm not saying he IS distant, I'm just saying it feels that way. And all the little lies (you'd see the big ones!) start to creep in, and like little bits of fog they cloud your vision of the Almighty. Yeah. Sometimes life is like that. And you need a reminder, a concrete picture to remind you of this father, king, lover, brother, husband God. And God uses different things, often the things we don't expect to show us that he's there and to remind us that he is who he's always been.

So, I've been watching Dr. Who. And there's an episode where (spoilers alert) the Doctor stands out as a
Christ figure. Shortly after coming back to life (sort of) the Doctor begins to speak to the criminal, called the "Master". Now the Doctor has been tortured for a year while this Master has been routinely slaughtering a large portion of Earth's population. And the Doctor says, "You know what happens now. Because you wouldn't listen. You know what I'm going to say." 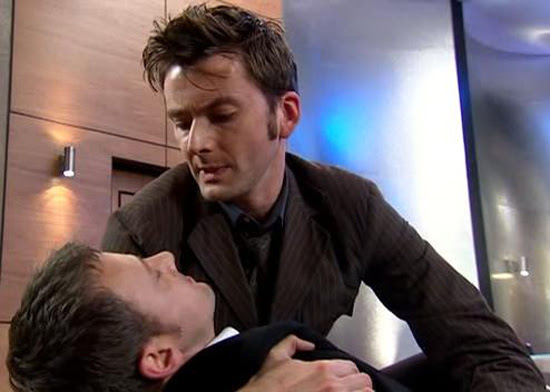 And in this, I see massively unconditional love. Forgiveness which is certainly not deserved. An offer to spend the rest of time with the healer and protector. I see Jesus standing over Jerusalem, weeping and saying that he has longed to gather them as a hen gathers her chicks under her wings, but they would not. If you've met that Love, how can you refuse it? If you've known it, seen it, felt it, not even a cloud can make you believe it's not there. Now, I'm not saying Dr. Who is Jesus. But here, he was a Christ figure. And when Dr. Who pointed, I saw more clearly whom he was pointing at.
Posted by thebeloved at 10:51 PM No comments:

It was my little brother who first made me think that supporting a kid through Compassion International was a real possibility. After all, if a penniless college student could find a way to scrape together $38 a month, then anyone could.

Really, the decision was easy for me. I knew I wanted to give back. After all, so many people had given to me over the years, and I loved being able to give to kids. Here in Nashville that's one of the things I miss most: my kids. So signing up for a Compassion child was one of the first things I did after acquiring furniture. Like I said, the decision to do it was much easier than actually picking a child.

There's not enough to know about a child or who a child will be from the short blurbs. You know what they look like, how old they are, where they live, and how long they've been waiting. But with so many, how do you even begin? I visited the Compassion website multiple times over the course of a couple of weeks, praying. They don't have Iraqi kids.

Then I remembered. Firm dark hands, hope from a meal, a magic show on the spreading flat roof of the house, and trying to convince the watermelon man that I really did want ten watermelons, not 10 kilos of watermelon. The Bangladeshi workers were a poignant blip in my Iraqi time. Their slave trade in the country was largely inhibited through the influence of several NGOs drawing a bit too much attention to the workers. One of my teammates even visited Bangladesh and came back wearing the Bangladeshi man-skirts in a blue plaid that made everyone think of sheets.

Anyway, my thoughts traveled down those same paths and farther (because I let them), and then I knew. I also loved the Bangladeshis. I'd prayed for them for years. So, I picked a girl from Bangladesh. Her birthday is the same day as my man-skirt friend, so it will be easier to remember. Her name is Sushri and she's only five. I'm excited to see her grow and watch what God does in her life. I'm really happy and I've gotten a couple of letters from her.

But now? One is not enough... I'm not going to find another girl in Bangladesh with that birthday.

How would you choose?
Posted by thebeloved at 7:41 PM No comments: